Hello and welcome students and parents to a new school year!  Please check here for weekly updates for the class.
I may be reached at [email protected]. Thank you and I look forward to having fun in gym this year.

K-1
ABC exercise:  Do to bad weather, the students did an exercise activity with the alphabet.  For example, the letter 'A' they did 5 hops on one foot.
Simon says: Another exercise, as well as a good challenge for following directions and listening.
Fist ball:  Using a soft ball and playing a game like baseball/softball, but using their fist/arm to hit the ball.
Gaga ball:  The kids are in a circle and using a kickball, they are bent over hitting it with their hands.  Object is to not let it get past you or hit your leg.  If so, you are out.
2-8
Cards exercise:  Cards will turn over one at a time and the students will do an exercise to the number it says.  For example, a 5 is turned over and they have to do 5 jumping jacks.
Juggling and team juggling:  They were introduced to learn the steps in juggling by using tennis balls and bean bags.
Team juggling is set up using an odd number of students, say 5 students in a circle and one less ball (4).  Their goal is to be able get all 4 balls going at once without a mistake.
Kickball:  Always a kids favorite.

K-1
Fist ball:  This is similar to playing wiffle ball, but without a bat and using a bigger ball.  Before playing, the students were reminded on how to run the bases, as well as me demonstrating how to use their arm/fist to hit the ball.
Skills used are running, hitting, catching and throwing.
Alligator in the Lake:  This is a freeze tag game the students usually love.  It is played inside a big square, marked off by cones.  Students take turns being an alligator and using foam pads to capture or eat the other students while they are running around avoiding being eaten.  They can also run to a safety base for a count of three and then repeat avoid getting eaten.
Ball relay:  Students lined up in a straight line in a couple groups and passed a ball from person to person using different methods (underhand toss, rolling, hiking it between legs, tossing overhead, etc...)
Bowling for feet:  This game is played similar to dodge ball.  Instead of throwing the ball to get people out, they are to roll the ball to his someone's feet.
2nd-8th
2nd grade did the ball relay as did K-1.
3-8th grade played ultimate ball:  This game is similar to ultimate frisbee, except instead of using a frisbee, they will use a dodge ball which is easier to throw and catch. Ultimate ball is playing keep away from the other team, throwing the ball from one teammate to another, and trying to catch it across a far line (kinda like the endzone).  Once they catch it, they cannot move.  Before we played that, they played dodge ball for the first 15 minutes.
2nd 8th played Wiffle ball:  As you may know, this is similar to baseball/softball, but played with a wiffle ball bat and soft ball, which the students can actually throw and hit someone to get them out.

Hello and welcome to our gym activities.
I started my first week introducing myself and going over my rules and expectations.  This is on a piece of paper I gave all students 1st grade through 8th.  Also, I reminded them that I will be testing them in the developmental tests.  Next, I moved to soccer and allowed the older kids to jump right into playing a game.
All classes warmed up with kicking a  ball back and forth working on trapping and staying in front of it.  I also had them get into a circle and kick the ball around the circle 2 times and sit down to see who won.  Then they went the opposite direction.   Each class then moved into playing the game.
Lower grades K-4, we did other passing drills for example; I had them get into 4 lines, with 2 lines facing each other around 8 yards apart.  They were to kick the ball to the other line, then run to the back of the line they kicked it too.
We also did sit and reach test, and push up test.  We did this the first two weeks.
August 27,28, they played kickball.  K-1, I had them run the bases a couple of times to learn the bases.  Also, I stressed to spreading out and trying to stay in front of the ball on defense.  Lower grades, I let everyone kick then switch.  Upper grades, we play 3 outs or 6 runs in order to go from defense to offense. 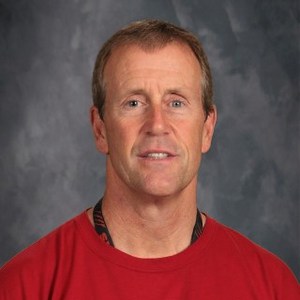